Are you interested in learning how does bitcoin mining work? This article would explain everything in detail. Over the years, the digital world has come up with a lot of amazing inventions and one of those great inventions is a digital currency that challenges the value of other currencies. The entire concept of digital currency was first brought into existence by bitcoin that was launched in 2009.

With the use of an open-source computer program, bitcoin can be created and this is referred to as bitcoin mining. Mining in the sense is like the minting of physical currencies. Bitcoin Mining is a procedure that entails solving complex mathematical problems with the use of high powered computers that are running bitcoin software. An interesting fact is that the mining process is a self-limiting process because only 21 million total bitcoins can be circulated.

Just like the usual traditional currency exchange, bitcoin in the same vain can be bought and sold in exchange for traditional currency, this is applicable when the appropriate software is being used. Bitcoin can also be purchased by an individual that makes use of credit cards or through bank transactions. When bitcoin are purchased, they will be transferred directly to the personal account that has been created and is already for various uses like buying of goods, transactions online, and other services. Using bitcoin for online transactions eliminates the fees associated and connected to the online merchant. For example, bank charges, credit card fees, currency exchange rates, service fees, and so on. This approach reduces the stress involved with the transfer of traditional money and also makes it easier and faster to make money transfer across the globe.

One very interesting feature of bitcoin is that a user and all the transactions performed by the users are anonymous, therefore, the security of each transaction is being maintained.  Also, bitcoin has a very unique digital fingerprint feature. This simply means that each bitcoin has a designated private key and public address that contains long strings of numbers and letters which makes each bitcoin have a specific identity.

One feature of bitcoin that is somehow similar to traditional money is the presence of bitcoin wallets. It is a digital wallet that is needed for the storage of these private and public keys that are used in identifying the bitcoin and also for executing transactions. The wallets are found in a well-secured cloud environment or on a computer, they can also take physical form. When the private key of a bitcoin wallet is lost, it is impossible to access the wallet. Whoever owns the private and public key is automatically the owner of the bitcoin.

Although this cryptocurrency sounds rather interesting and smart but this currency is not flawless. As mentioned earlier, users of bitcoin and all the transactions are completely anonymous, this makes it a major tool for circulating and converting contraband trades and money laundering. Also, online transactions made with the use of bitcoin cannot be reversed. Immediately bitcoin has been used as the mode of payment, it becomes impossible to cancel the transaction. And bitcoin wallets Di not have insurance protection. In the case of a loss of the private key, the real owner cannot claim the bitcoin and there is no package to compensate for the loss. Irrespective of the flaws, bitcoin still gains importance from companies and individuals and this has led to a huge amount of investment on bitcoin over the years.

Bitcoin Mining Trend Over the Years

In the past years, bitcoin mining was nothing but a hobby for nerdy cryptocurrency enthusiasts. At the time, the only hardware that was required was a simple computer but things changed a lot in less than 10 years.

When bitcoin began in 2009, the first miners made use of standards multi-core computers to produce bitcoin at a rate of 50 per block. Mining was not so tedious because the difficulty of the amount of computing power needed was very low then. It was a good bet for cryptocurrency nerd and hobbyists to invest their time in it.

However, bitcoin’s fame did not come until 2010, so it will be wise to take our time travel back to 2010 and not 2009. In May 2010, bitcoin achieved its first valuation which came from a man named Lazlo Hanyeez who made a post titled pizza for bitcoin? In bitcointalk’s forums.

At the time, bitcoin mining in a single GPU needed very little technical skills and almost everyone with a few amount of money could venture into it, and the requirements for the computation were still low also. This did not last long as it quickly changed when cryptocurrency began to improve and everyone started to develop various ideas on mining of hardware. Then, it became clear to everyone that money could be made from the magic of blockchain and cryptography. At this point, it was like people decided to quit their jobs to get quite a few affordable mining rigs and expect to make some money out of it.

At the time, the difficulty associated with mining began to increase, and with time, the power needed began to skyrocket that it became difficult for the crypto nerds and hobbyists to make money out of it. In June 2011, the new rage became field-programmable gate arrays (FPGAs).

As soon as FPGAs were modified for mining purposes, mining began to scale upward. The best advantage of this hardware was the fact that it made use of power that is three times lesser than that of GPU setups in order for it to accomplish the same task effectively. To cryptocurrency miners at the time, FPGAs were the most amazing thing that has happened.

In all of these, an independent miner in the year 2011 that has enjoyed mining with the GPU setups, It was so glaring what was about to take place as regards mining. Soon, FPGAs were old fashioned and application-specific integrated circuit (ASIC) systems were born. And at that moment bitcoin mining was not just a hobby but now a job.

All of these trends were not peculiar to only bitcoin but to other cryptocurrencies like Ethereum, Litcoin, and so on.

Spread the word if you like this article.
Sharing is caring, right? 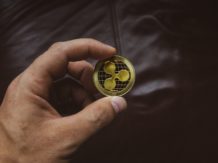 How and where to buy/sell Ripple in 2021: 3 easy steps to trade XRP 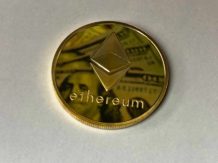 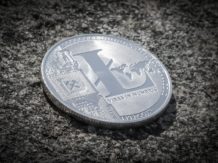 How and where to buy/sell Litecoin in 2021: A comprehensive guide